Senior RB Deyon Hill has decided to continue his football career at the University of West Alabama.  He signed his Letter of Intent to play for the UWA Tigers today at 1:30 PM in the RHS Football Field House. 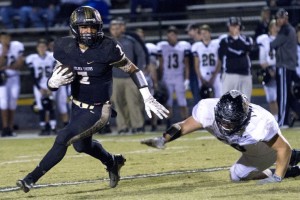 Deyon was named ASWA 2nd Team All-State and 1st Team All Class 5A Area 8.  He was also named as the Team Offensive MVP for the 2015 season.

To see West Alabama football’s complete signing class, visit their athletic website.  The Tigers compete in the Gulf South Conference at the Division II level.  UWA finished the 2015 season with a 7-4 record.

No Events This Week

Events are added by athletic staff.
View All Events